When the video of the song was released it’s credits stated “Melody: Afghani Folklore”.  However, it failed to mention what folklore Sami was referring to. With the propagation of internet, the mention of this folklore vanished and I believe it is important to mention once again. 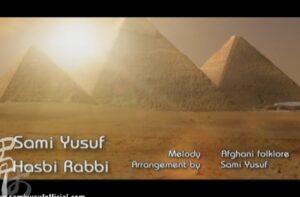 The song Sami Yusuf was inspired by was “Bia ke borem ba mazar“. It is a Hazaragi folklore of Afghan origins and is regarded as one of the oldest folklore in Afghanistan. Though traditionally the song is popular among all sections of Afghanistan, it is specifically revered by Shia sect of Afghanistan. Without getting too sectarian it is still worth mentioning that Sami Yusuf was born in Iran to Azerbaijani parents(1).

If you have information that is more accurate or if you believe I have made an error, please either leave it in the comments or contact me directly.